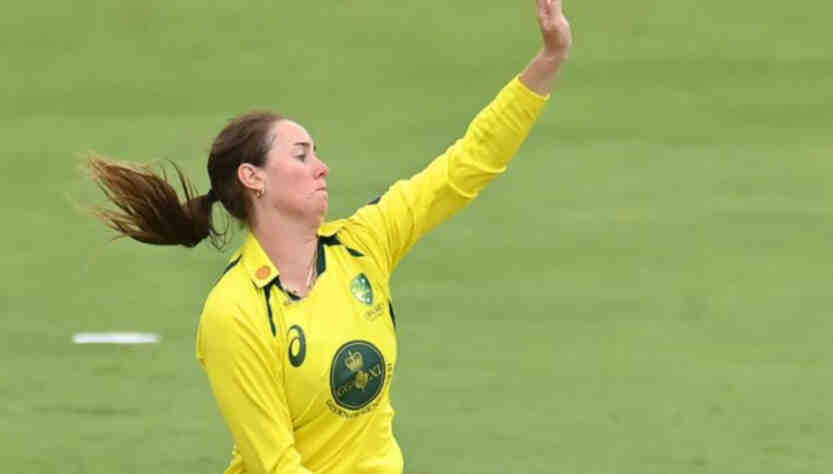 Legspinner Amanda-Jade Wellington reminded Australian selectors of her talents with a match-winning display with the ball in the Governor General’s XI’s 53-run victory over Pakistan in the 50-over clash in Brisbane.Wellington was dropped from the T20 squad for the upcoming World Cup in South Africa, losing her place to fellow leggie Georgia Wareham who has returned from a long injury layoff to reclaim her place.Wellington overcame that disappointment to take 4 for 33 against Pakistan at Allan Border Field in a classy spell.The Governor General’s XI were dismissed for 235 in the 50th over and bundled Pakistan out for 182 in the 45th.

Governor General’s XI captain Ash Gardner said Wellington was one of the best spinners in the game and would fight her way back into the Australian team.”It has been quite tough for her. Over the last couple of years she has bowled really well in all competitions and I do feel for her,” Gardner told AAP. “It is a tough decision to make. You look at the likes of who is in our squad at the moment and it is so hard for people to find their way in.

“I know Wello’ will keep striving. I know she is playing in New Zealand as well as the WNCL so she is playing in as many competitions as she can to get better. She is a class bowler and I am sure we will see her around for many more years to come.”

Wellington said she had spoken to chief selector Shawn Flegler during the match to say she understood the decision.”Coming into this game I thought it was a good opportunity for me to put my case forward for other series or other events,” she said.

“I know selection is hard…it’s disappointing but I know those tough calls have to be made. It’s hard to get there, but it’s even harder to keep your spot. You have people fighting you for your spot.”